Take tailgating to the next level with your boat

Here in Florida, we’re fortunate enough to have a multitude of waterfront property. We’re not just talking about homes and condos, but also the homes of some of our native NFL football teams — the Miami Dolphins and Jacksonville Jaguars.

We all know that tailgating is entwined in the culture of attending an NFL football game, but for those attending a Dolphins or Jaguars game, there is an awesome alternative to traditional tailgating — boatgating.

Also referred to as sailgating or sterngating, boatgating is exactly what you think — tailgating on your boat on a nearby body of water rather than the parking lot.

Boatgating is relatively new to the sports world, but you’ve surely seen boaters near stadiums before if you tune into certain NFL or MLB games.

What are the best professional stadiums for boatgating?

We mentioned Hard Rock Stadium, home of the Miami Dolphins and TIAA Bank Field, home of the Jacksonville Jaguars as two great boatgating stadiums, but there are several others around the country.

One of the most popular boatgating stadiums is Heinz Field, home of the Pittsburgh Steelers. With the nearby marina having limited space and no reservations available, Steelers fans sometimes arrive days in advance to claim a spot on the water.

Other top boatgating stadiums and locations include:

For boat owners and sports fans, boatgating brings the best of both worlds together. This exciting new trend is not only great for pre-game entertainment, but if you can manage a TV or radio, a great way to enjoy the game without paying for pricey tickets. 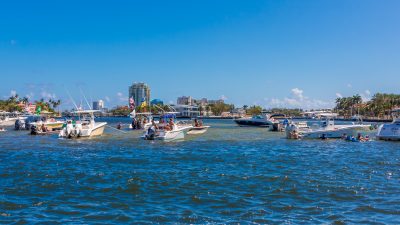 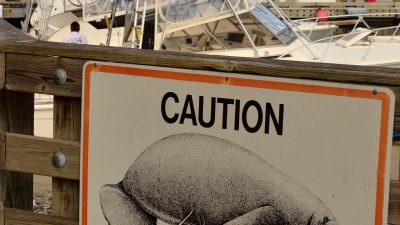