What Boat Motor Is Right for Your Boat? A Closer Look

Did you know that 330 000 outboard boat engines were sold in 2020? These sales showed an increase of 18% compared to 2019. Yamaha is the global market leader with a 40 market share and over 2 billion in sales.

A boat motor can be changed without much fuss and be done in a couple of hours. Read on below to make the best choice when upgrading your existing boat motor.

There has always been a long debating in boating on whether you should have a two-stroke or a four-stroke motor. Traditionally two-strokes have always had more torque and power for the same amount of CCs than four-strokes, nowadays with engine technology upgrades, this is no longer the case.

Before depending on the type of boating you were doing, two-strokes were always better in pulling up a skier because of the pull-off torque, so if you were an avid skier, two-stroke was the answer. The only drawback was that a two-stroke engine used significantly more fuel per hour ridden

If you were looking at cruising and pulling a tube occasionally, a four-stroke engine was preferred because you would get more bang for your buck and that additional low-end torque wasn’t needed.

On private or commercial deep-sea or river fishing vessels, four-stroke engines are preferred because you can cruise along to the fishing spot at about 30 miles per hour and a powerful engine wasn’t required.

One Boat Motor or Two?

You’ll mainly see two outboard motors or triple outboard engines in boats traveling out to the sea. The fear of engine failure and being left stranded was always the reason behind having two engines, one being backup.

In recent times electric boat motors have come in leaps and bounds. Electric motors are lightweight, quiet, and relatively maintenance-free. Solar panels can also be installed into the roof of the boat and the batteries charged as you are driving which keeps the running costs down to a minimum.

The only drawback is the initial cost set up but with advances in technology, and climate change being taken seriously, it won’t be long till this equipment becomes affordable and a wider range of electric boat motors become available.

With so many options available for the avid boater, picking a boat motor that is right for you and what you want to do, isn’t as tough as it once used to be. Weigh up the different options and the right engine upgrade will become clear in no time.

Are you a boat enthusiast? Maybe you enjoy your weekend fishing trips and are looking for extra advice for your boat? Go on over to our blog page and find all the information you could ever need! 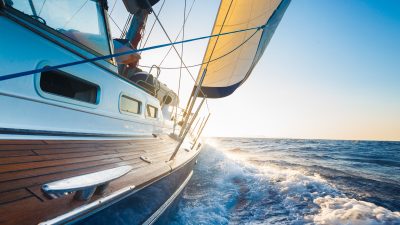 The Quick-and-Easy Guide to Boating for New Boaters 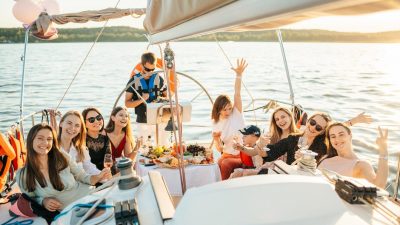 3 Things To Plan Ahead for Your Upcoming Boating Party