How Many Boats are Registered in the US?

How many recreational boats are registered in the United States?

Boating is a popular activity around the world, and in certain areas of the United States (like here in Florida), it seems more common than not that someone owns a boat. While Florida is one of the leaders in recreational boat ownership, let’s take a look at how many registered recreational boats are in the United States, how that number has changed through the years, and which states are tops when it comes to boat ownership.

According to Statista, there were approximately 11.88 million recreational boats registered in the United States in 2019. That’s a slight increase from 2018’s 11.85 million boats. That means approximately 5.6 percent of American adults age 18 and over own a boat.

As you might be surprised to learn, that number of total boats owned has dropped fairly significantly since the early 2000s. At its peak in 2005, there were 12.94 million recreational boats registered in the US. The decrease in boat ownership started between 2009 and 2010, which likely is attributed to the economic downturn in that time. While boat ownership steadily declined until 2014, the trend appears to be reversing as boat ownership has slowly gone up since that time.

Also Read: How many boating accidents happen in Florida each year?

While Statista does not provide a breakdown of boat ownership by state, we can take a look at boat sales data to see that many new boat owners are from right here in Florida. According to the National Marine Manufacturers Association, Florida leads the country in new powerboat, engine, trailer, and accessories sales at $3.2 billion, an 8 percent increase over a two year span starting in 2017.

Although Florida leads the way in new boat sales, there are many boats in the pre-owned market that change hands everyday. If you’re looking for a great deal on your next boat, Florida Mariner is a great place to start. We have listings from all over the state, resulting in a massive inventory filled with options to fit your budget and boating needs. 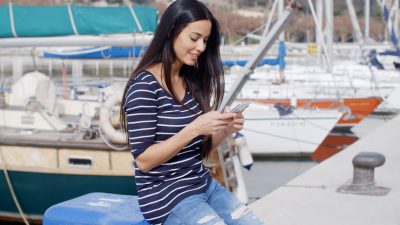 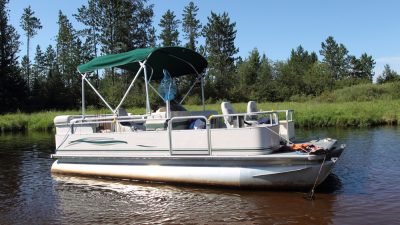